Toldot! & Another layer of the Challah Cover


The layers of the Challah Cover keep unfolding (see the four or five `challah cover` posts below!!).  The `Isaac` layer of the challah cover is a shimmery blue.  It seemed to connect to the water and the wells in this weeks parashat.

In this post I want to see if I can finish the series and..well...uncover!  some of the things  I saw in this weeks reading.

The title of this weeks Parashat is Toldot! It means `Generations`.

When I started making the challah cover in the week of the  `Life of Sarah` study, I was inspired by this picture  (left),  a painting of Isaac and Rebecca*.

The picture inspired my choice of colors for the `Isaac` layer and the `Rebecca` layer of the cloth.  Here is how they look separate, and then layered and over the challah for Shabbat:


In this week I want to look at the `Isaac` layer,  since we are talking about the generations of Isaac.  The color is a shimmery blue.

It seemed to connect to the water in this weeks parashat.

Isaac was digging wells.
And not just digging but re-digging wells, the wells that his Father, Abraham, dug before him.
The wells spring from living water.

What comes to mind and springs forth in our hearts when we hear `living water`?!

"But whoever drinks from this water that I will give him shall never be thirsty.  The water that I give him will become a fountain of water within him, springing up to eternal life."  ---John 14:4

Messiah Yeshua!  He is the Living Water.   It excited me to find how in each week the Torah brings us deeper into and reveals that source of Torah, the very living Torah itself, the Living Water from which Life comes!!!


Then Isaac dug again the wells of water that had been dug in the days of his father Abraham--the Philistines had stopped them up after Abraham`s death.

The wells that Abraham began were closed up by the Philistines, and we see Isaac re-digging them.
This is said to be about Isaac consolidating the work his Father began.
If the son did not come back to continue the work of his Father, the wells would have remained covered, and imagine how that would have made the Philistines, and everyone else who wanted to cover up the truth, glad.  But Isaac, heir to the promise of his father Abraham, did not let this happen.  In his diligence and carrying on the work of His Father Abraham, he re-digs the wells.  Look at this too in relation to the Father and Son.   Jesus--Yeshua,  the Son , carries out the work of the Father here on earth.  When we see the wells as a symbol of Salvation, this seemingly small part of the parashat reaches very deep.

Back to the challah cover, I forgot to mention something.  Remember when I told you that I ripped out some of the part of my name that needed correction and found that the Hebrew letter `nun` represents Messiah?  Once I found that out, I took out my name from the challah cover completely, and left only the letter `nun` in that space.  So you can see in the picture above, that in this layering there is Abraham, Isaac, and the Hebrew letter `Nun` which represents the Messiah.  Yeshua.  The cloths can be layered in different ways, but in whichever way you layer them, this letter "nun" will be revealed.


Messiah Yeshua is the source that connects all the generations.  He was always there and always is and always will be the source of Life and Living Water.   He is from Abraham`s seed and at the same time He came before Abraham!!


The third well that Isaac dug was called Wide Spaces.
When I read in this parashat about the wells, I had a sense of the Living Water spreading into wider spaces as  the `generations` of Abraham`s seed continue.

Then he moved from there and dug another well, and they did not quarrel over it.  So he named it Wide Spaces and said "Because now ADONAI has created wide spaces for us and we will be fruitful in the land."
---Genesis 26:22

When we observe the Shabbat and study His word,  worship and chose to spend time in His presence,  aren`t we too opening up and re-digging the wells of Abraham?

May the the wells be uncovered for the Living Water to flow as GOD`s great Name and His Shalom spread into all the nations, and deep within in our hearts!!  Shabbat Shalom!

For the earth will be filled with the knowledge of the Lord
as the waters cover the sea.
--Isaiah 11:9

Welcome to Challah and Cherry Blossoms!
Blessings and Shalom!
Shayndel


♡
Taste and see how good ADONAI is.
Blessed is the one who takes refuge in Him.
--Psalm 34:9 TLV 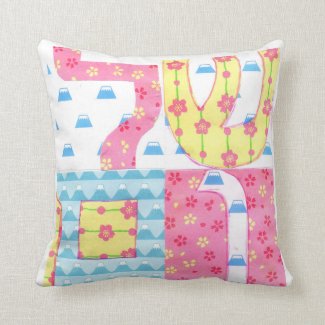 "For I know the plans that I have in mind for you," declares ADONAI, "plans for shalom and not calamity---to give you a futu... 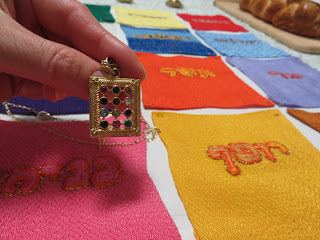